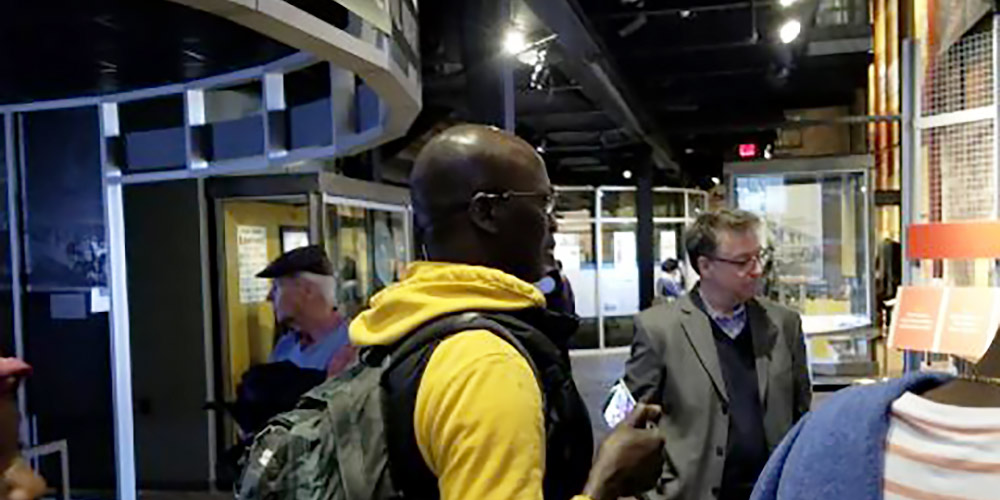 Hold on! President Grant got a speeding ticket in the 1870’s? Driving a horse-drawn carriage in D.C.?

Upon questioning my class, after reading the Grant article in News for You in January, I realized that no one knew who Grant was before he was president, what war he fought in, what that war was fought over, or who the President was during that war.  By now, however, missing links have been attached, and all have a fundamental understanding of those details.

How did we get there?  A bit of planning and some serendipity.

Since the American Civil War Museum-Historic Tredegar is a 15-minute walk from our class, a field trip to the museum was a no-brainer.  Once I learned that I could have my students meet me there so that we could spend our entire two hours at the museum, the plan began to take shape. 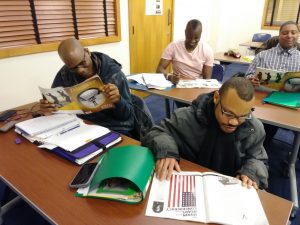 After making the necessary reservations with the museum staff and booking both an inside and an outside tour, I received my copy of Discover Richmond in the mail.  Amazingly there was an article by Rex Springsteen called “The Union in the Heart of the Confederacy,” about Virginians who sided with the Union.  If we tackled two historical figures per class, we would finish all of them by the time we went to the museum.

I contacted the Richmond Times-Dispatch about getting copies of the magazine for my students.  Tammy Martin and Lewis Brissman were able to get me 15 copies so that I could give one to each of my students.  In the meantime, READ Program Director Nausha Brown Chavez was able to get the museum to halve our price.  We were set.

In addition to the historical background reading, my class spent two classes in the computer lab researching how to get to the museum from our class or home and the nearest bus stop.  In that process, we learned how to use Google Maps and the GRTC website.  We now know how to walk, bike, or drive to the museum, and we know which bus we could take there and where to get off it.  Each student planned his/her route and put it down on paper.

As I was on my way to the museum, I got a call from Calvin: he had biked across the Manchester Bridge and couldn’t remember which way to turn to get to Brown’s Island.  Left on Byrd, left on Fifth, and right on Tredegar.  The first to arrive, he was locking up his bike as I pulled into the parking lot.  Lavado arrived a minute after me, and the three of us walked out onto the Potterfield Memorial Bridge, read some of the quotes on the slats as walked over them (including one by Elizabeth Van Lew, whom we had read about), and talked about river currents.  To Calvin’s surprise, he knew exactly where the bridge would take him on the other side of the river as he used to work in the building that the bridge seemed to go to.

In the meantime, Tim called me because he didn’t see anyone at the museum’s entrance.  So we made our way back there and met tutor Marylee along the way.  Within minutes the class began to assemble: Calvin, Lavado, Tim, Edwina, John, and James, along with tutors, Marylee, Marcia, and Sue.  But where were Lincoln, Hiram, and Rashad, who had planned to meet at the library and walk down to the museum together?  I called Rashad, who wanted to know why we weren’t at the museum, only to realize that they—having some trouble determining left from right—were waiting for us at the Virginia War Memorial.  Not realizing they were lost, they now were found, and soon we were all together.  We paid, got our parking tickets stamped, and I was able to purchase souvenir museum pins for each student.  Then our tour of the grounds began.

Our knowledgeable tour guide took us from building to building and from artifact to artifact with ease.  Tim had a burning question ever since reading about Elizabeth Keckley: how was she able to earn money to purchase her freedom?  Our guide didn’t know about her specifically, but he knew that slaves who worked in the Tredegar ironworks were able to earn overtime pay that they could spend on themselves or save to purchase their freedom.

We saw many gears among the factory paraphernalia, and Lavado remembered that the teeth on the gears were called cogs (high five!).  Many students asked questions, including Lincoln and Momaht—who had arrived late (grr!), but Hiram and John were by far the most inquisitive.  Indeed, because we asked so many questions, our tour went into overtime.

Then our second tour of the museum itself began with another equally knowledgeable guide.  Momaht and James were able to identify the Constitution as the supreme law of the land and its first three words as We the People, and James knew that the first ten amendments of that document are called the Bill of Rights (woohoo!).  Hiram was fascinated by the historical artifacts, particularly the many swords and guns, and remained focused on all there was to learn right to the end—again we kept the guide overtime on account of our many questions.

By the time we left, our thirst for understanding had been quenched.  As each student departed—some for home, some for work—I knew that Abraham Lincoln, the Civil War, and Richmond’s history had left their marks on each of them.